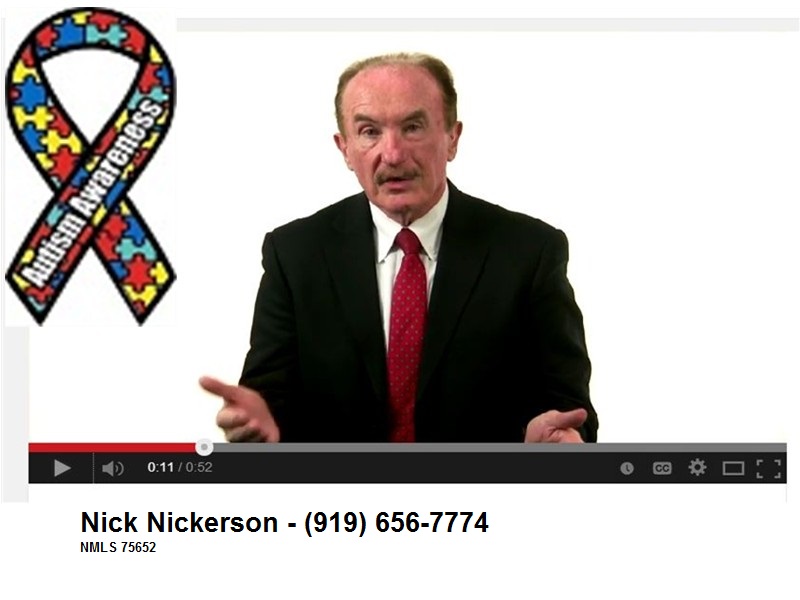 According to findings by the Autism Society this year 1 in 68 births will be affected by Autism spectrum disorders.

With such staggering numbers it’s probably no surprise that my own son has disorders which have recently been added to the spectrum so it hits pretty close to home for me. Additionally, one of my co-workers is also impacted by Autism which is why he created this video:

April is National Autism Awareness Month – for every loan application taken in April that closes by September both Nick Nickerson and AES Lending will make matching $150 donations to the Autism Society of North Carolina .

What is Autism?
Autism Society of North Carolina