Celebrations of mothers and motherhood can be traced back to the ancient Greeks and Romans, who held festivals in honor of the mother goddesses Rhea and Cybele, but the clearest modern precedent for Mother’s Day is the early Christian festival known as “Mothering Sunday.” 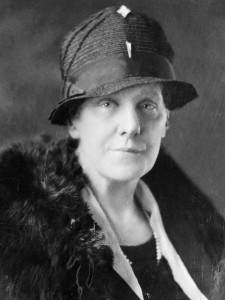 Anna Jarvis, a Grafton, West Virginia native, is credited with conceiving and launching the campaign that resulted in the creation of a national day honoring mothers in the United States. In the years before the Civil War (1861-65), Ann Reeves Jarvis of West Virginia helped start “Mothers’ Day Work Clubs” to teach local women how to properly care for their children.

After her mother’s death on May 9, 1905, Anna Jarvis was determined to fulfill her mother’s hope that a Memorial Mother’s Day be established to recognize the important roles that mothers play in the family, church, and community.

However you celebrate this Mother’s Day make sure to honor the mothers in your life who have loved and cared for you and their children and make our world a better place to live.

Mother’s DaY 2014 marks the centennial observance of  Mother’s Day in America and so to honor mothers everywhere I put together this fun compendium.